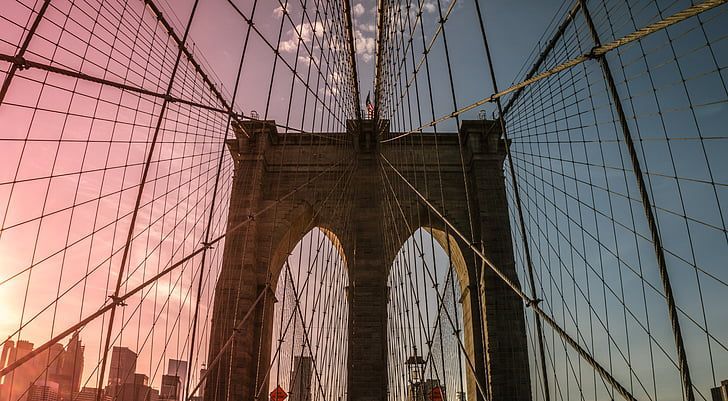 Designed by the late German born John A. Roebling, an innovator of steel suspension bridges, the Brooklyn Bridge opened on May 24th, 1883. After fourteen years of construction and spanning almost 1,600 feet in length across the East River, it was the largest suspension bridge ever built and served to connect the then cities of New York and Brooklyn. Twenty-first United States President Chester Arthur and New York Governor Grover Cleveland presided at the opening ceremony, drawing thousands to marvel at this feat of engineering and take further steps. The next day it is estimated that as many as 250,000 walked across the bridge -- foot traffic which prompted minimal charges for pedestrians, while spurring plans to grow Manhattan into a larger metropolitan area that included Brooklyn and Staten Island. As engineering positively shaped urban development in heavily populated boroughs, the landmark Brooklyn Bridge, originally named the New York and Brooklyn Bridge and then the East River Bridge, signified human connection and scientific achievement in a new era. 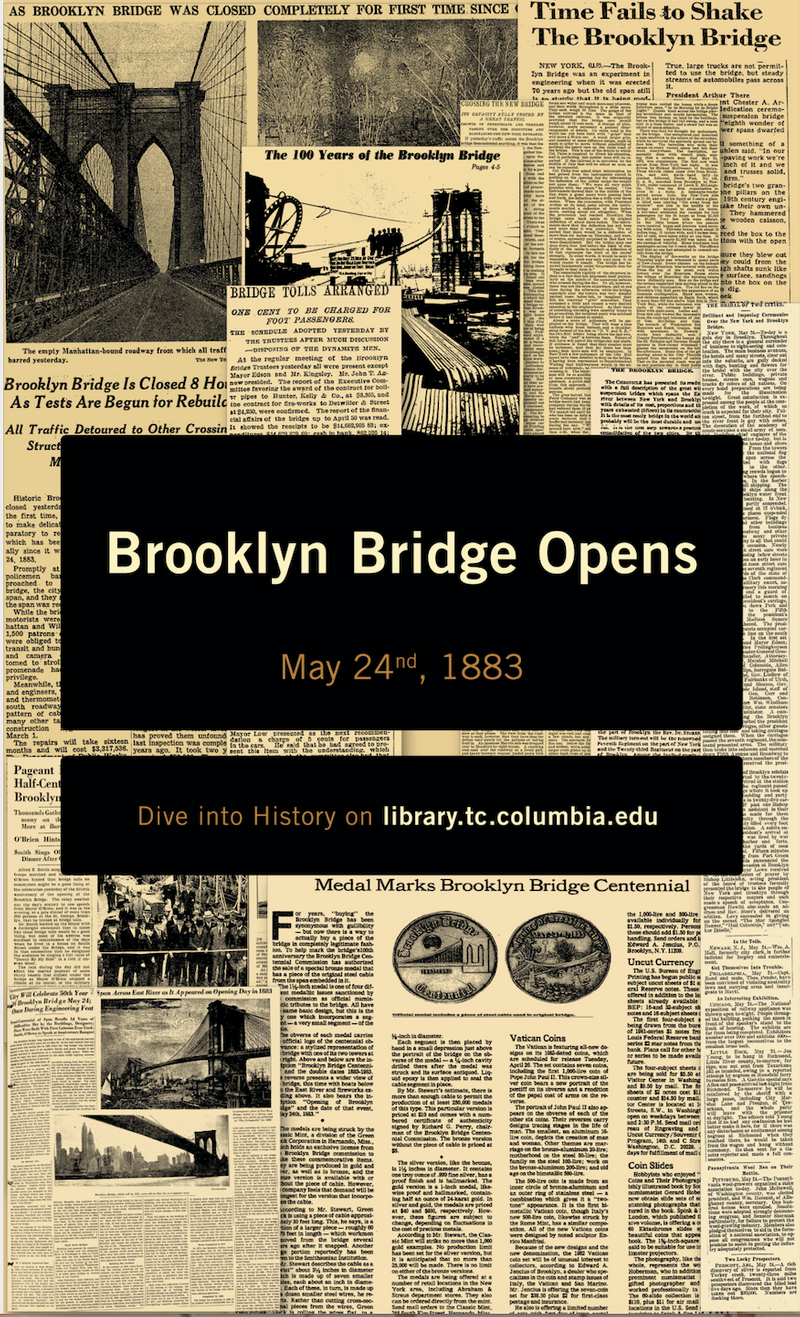