Did you know that Benjamin Franklin, Founding Father of the United States, was so interested in electricity that he chanced flying a kite during a thunderstorm? His objective was to collect electrical charges in a Leyden jar, a device for storing static electricity, and demonstrate the relationship between lightning and electricity. On June 10th, 1752, as the skies thundered and rain poured down, he attached a long string to a silk handkerchief topped with a wire that acted like a lightning rod. He fastened a metal key to one of the strings. As the kite climbed higher and higher, he moved his fingers near the key to feel distinct electric sparks.

A printer by trade, Franklin became a successful publisher whose works included the Pennsylvania Gazette and Poor Richard's Almanac. His governmental career spanned service in both state legislature and foreign diplomacy, including Pennsylvania, England, and France. He was responsible for signing major historical documents: the Declaration of Independence, the Treaty of Alliance with France, the Treaty of Paris, and the United States Constitution. An inventor, founder of the first common library and University of Pennsylvania, Franklin had very little formal education, but proved a very curious, lifelong thinker -- and genius. 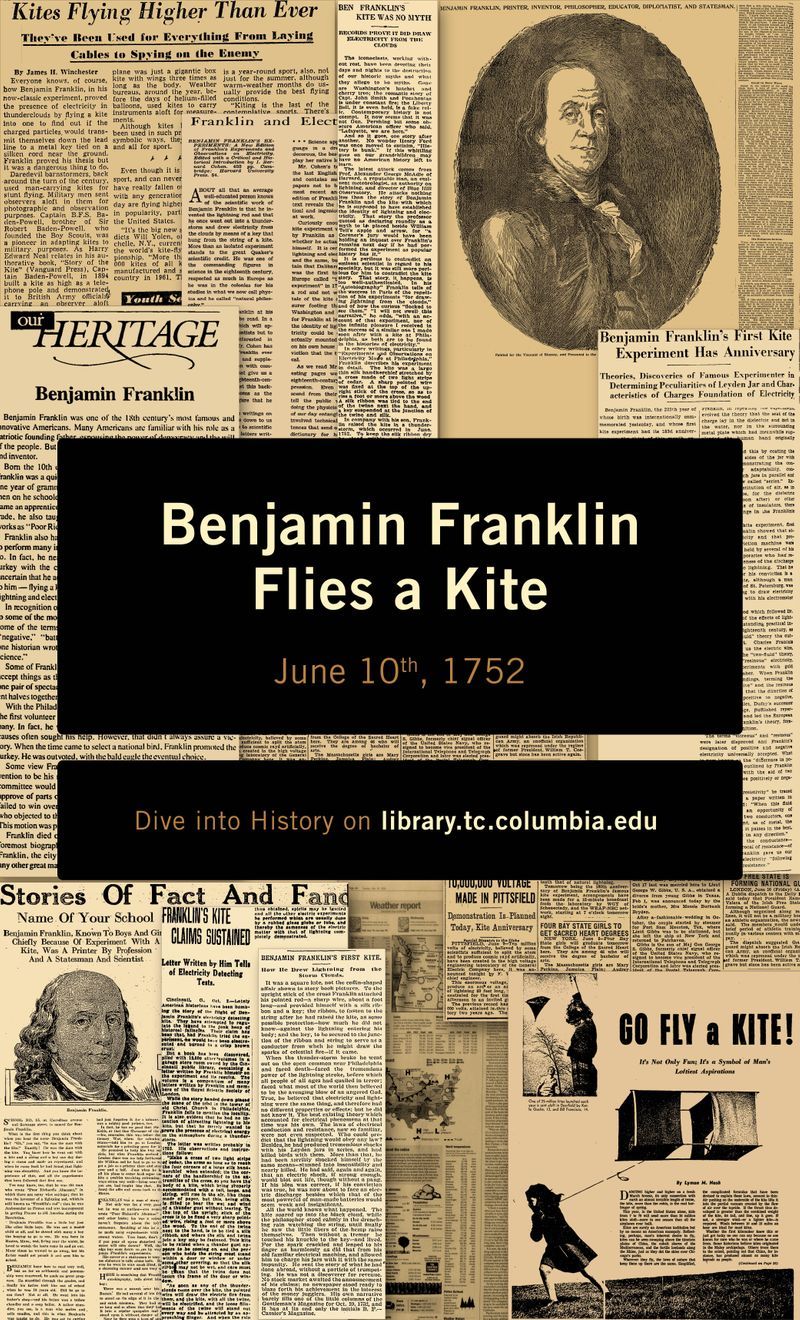