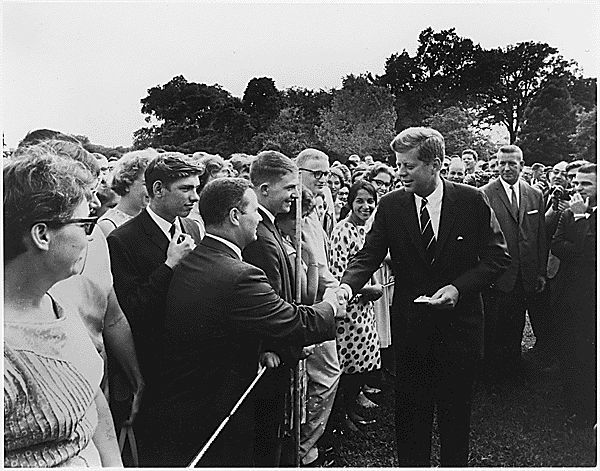 On the steps of the Student Union at the University of Michigan, Ann Arbore, then presidential candidate John F. Kennedy addressed thousands of students on October 14, 1960 to present a novel idea that reflected public service on an international scale. He simply asked,

"How many of you who are going to be doctors, are willing to spend your days in Ghana? Technicians or engineers, how many of you are willing to work in the Foreign Service and spend your lives traveling around the world? On your willingness to do that, not merely to serve one year or two years in the service, but on your willingness to contribute part of your life to this country, I think will depend the answer whether a free society can compete." (Peace Corps, Founding Moment)

Formally established by executive order on March 1st, 1961, The Peace Corps became a new agency, headquartered in Washington, D.C., that would represent lasting achievement by President John F. Kennedy by creating opportunities for voluntary service for international social and economic development assistance. American citizens, typically with a college degree, work with governments, schools, non-profit organizations, non-government organizations, and entrepreneurs in education, youth development, community health, business, information technology, agriculture, and the environment over a two-year period, prior to three months of training, and have options to extend service. The Peace Corps was also an important victory in the Cold War that led to hundreds of thousands of volunteers who travelled throughout the world to better the lives of others.

At Teachers College, Columbia University, the Peace Corps Fellows Program, dating back to 1985, is a branch of the Office of Teachers Education. It has supported the Jaffe Fellows, or Returned Peace Corps Volunteers, as they become New York City public school teachers in high needs schools; the fellows teachEnglish, science, mathematics, teaching English as a second language, social studies as well as elementary, special and bilingual/ bicultural education, while earning their master's degrees from Teachers College, Columbia University. 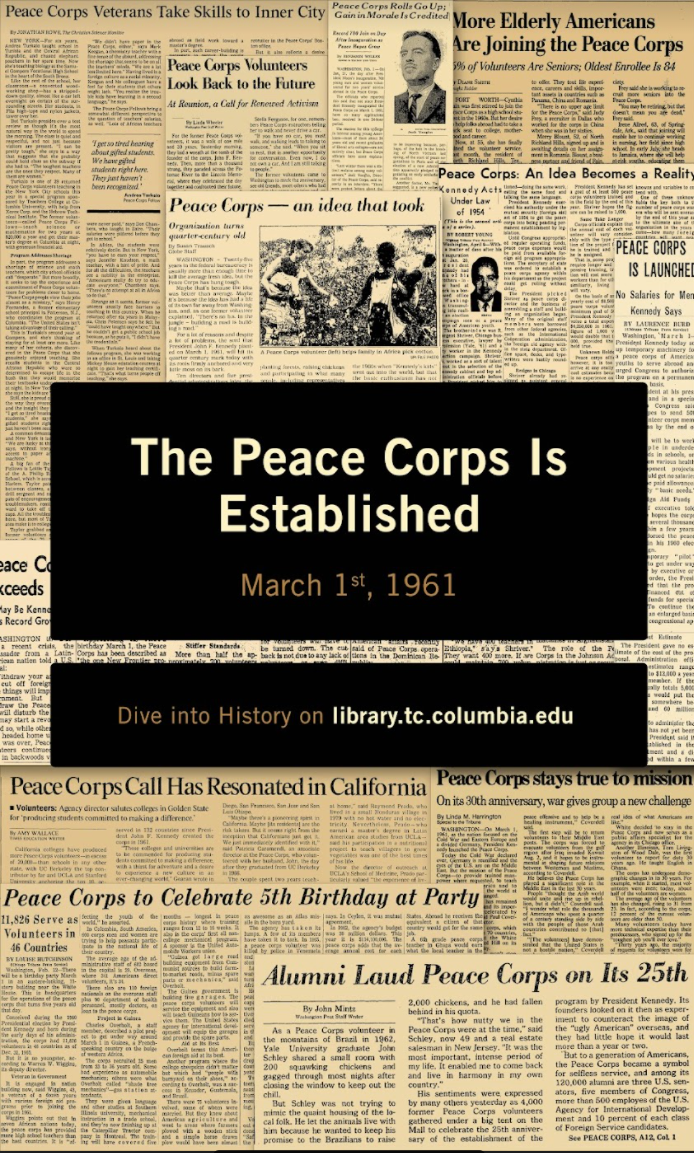 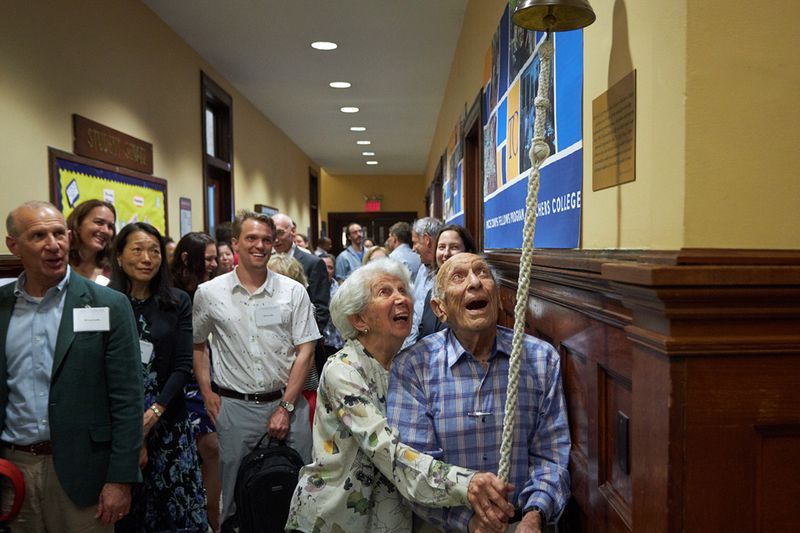