It brings me great pleasure to announce the opening of the staff picks theme – Arabian Nights. My inspiration for the theme came from Grace Lin’s TEDx talk on Windows and Mirrors. Grace Lin speaks about the importance of having windows, seeing a perspective outside your own, and mirrors, seeing a reflection of yourself, in books. Growing up, I found many windows in the books I read, but not many mirrors. I big part of my identity is my Palestinian culture. My father emphasizes the importance of our culture when we were younger and still today. Growing up the closest story I could get to a mirror was Aladdin. As I began the search for books in The Gottesman Libraries collection, I began with a childhood favorite, The Tale of Aladdin and The Wonderful Lamp (1992). With the goal of finding mirrors of my culture, I began my search for other books that reminded me of myself. Through this journey of exploring text, I was amazed to find the abundance of books that were mirrors for me that I didn’t realize existed. Finding these books and reading them brought a range of emotions. Through this collection I found my mirrors, but I hope to provide Teachers College students, faculty, and staff a window into a different cultural lens.

Please explore the collection and enjoy a glimpse into Arabian Night. 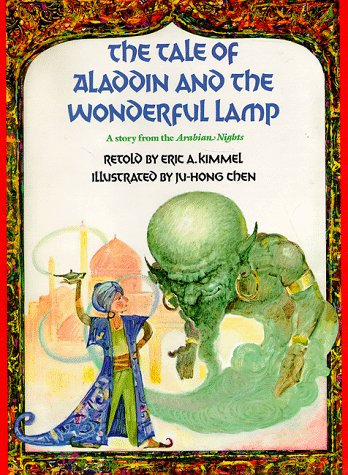 The classic tale of Aladdin and his lamp is known to many through the Disney movies; however, the true tale is not quite the same. The Tale of Aladdin and The Wonderful Lamp follows Aladdin as he is greeted by a magician claiming to be his uncle. Aladdin is lead into a cave and finds a lamp. When he rubs it, a djinn appears and states "I am the slave of the lamp. Command me, O my master." Take a look inside to see if you spot any other differences in this version of Aladdin. 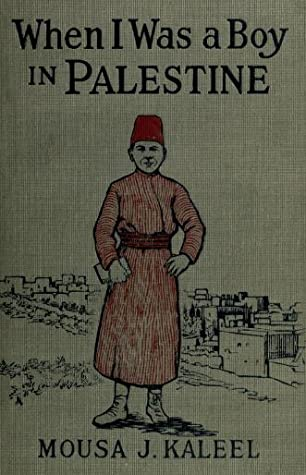 "When eating, most of the country people sit in a squatting posture on the floor around a common dish, which is usually very large and carved out of a log. If the meal is eaten out-of-doors, passers-by are usually invited. It never happens that anybody present with the family at meal-time does not partake of the meal" (Kaleel pg. 39-40). 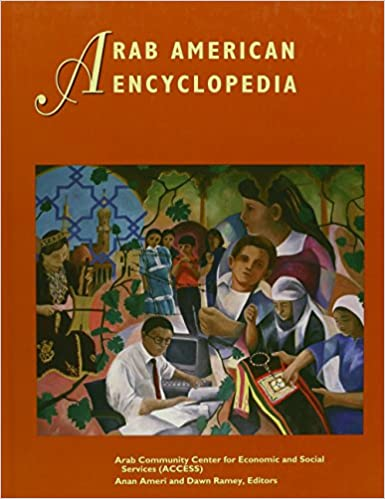 Arab American Encyclopedia explores the history and culture of Arab America, a community of people who trace their roots to one or more of the twenty-one Arab countries. The Encyclopedia is organized into nineteen subject chapters, including immigration, religion, employment, education, family, health, civil rights, music, and literature. 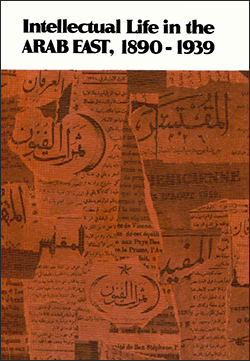 "A general consensus emerges both from many of the seminar papers and from the ensuing discussion that the Nahda, or Arab Renaissance, took on a marked political tone, alongside its traditional emphasis on literature, philosophy, history, and culture. Thus, several of the papers give evidence of a growing awareness in the region of such intrusions as imperialism and Zionism, and some of the pitfalls of westernization" (Buheiry pg. ix). 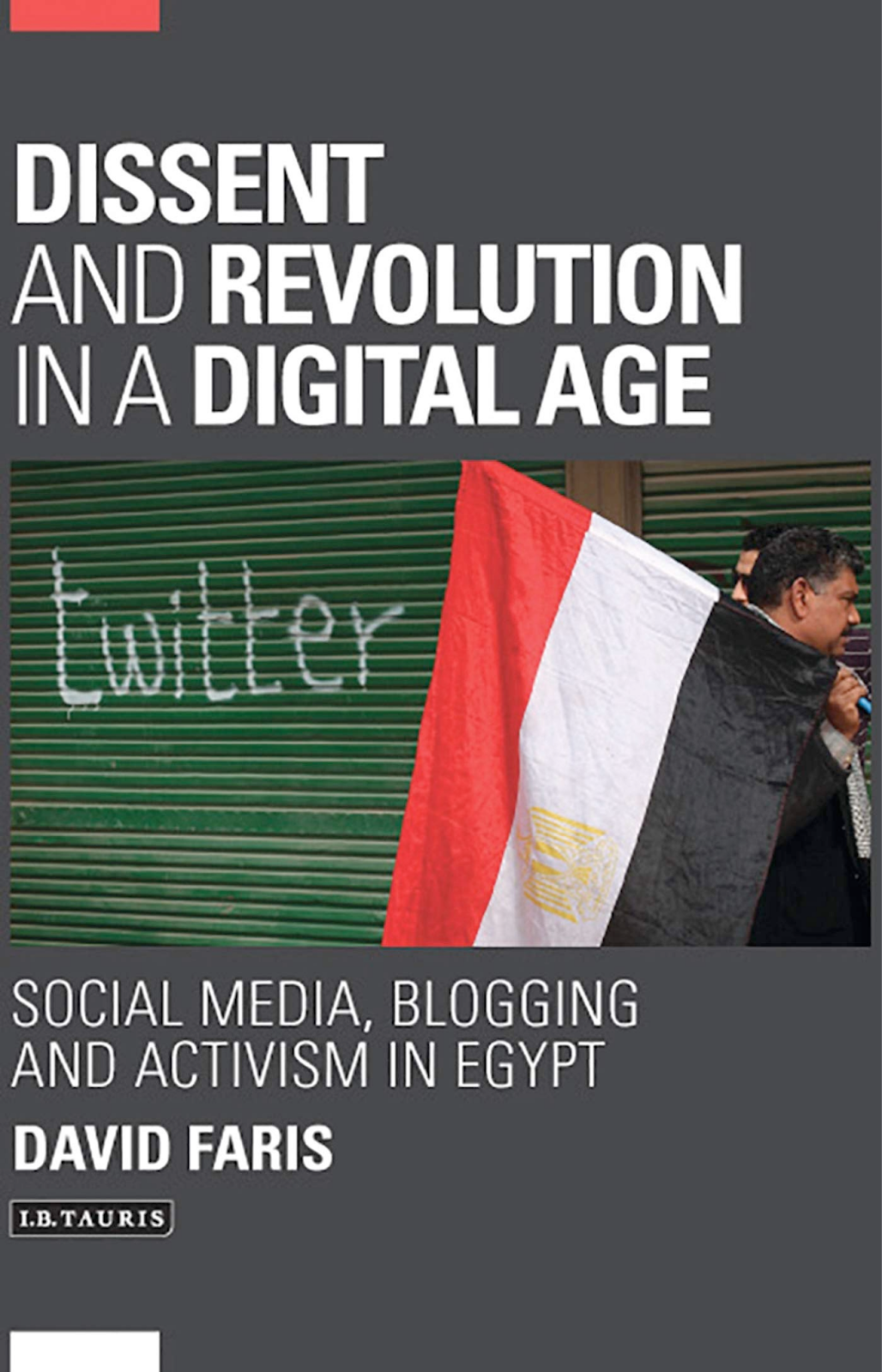 "One of the most notable of these journalists is Abdel Monam Mahmoud, who has been profiled a number of times. Mahmoud began his blog in 2006, and called it Ana Ikhwan, which translates as 'I am a Muslim Brother.' Monan told me that he began his blog because he wanted people to understand more about ordinary members of the Muslim Brotherhood - that they weren't book-banning, movie-hating fanatics, but largely ordinary people who went to the cinema, worked normal jobs, and had the same dreams, fears, and hopes as other Egyptians" (Faris pg. 136). "The media has continued to foster stereotypes by lumping Muslims and Arabs together and by making use of scholarly and pseudo-scholarly discussions about the "sham culture of the Arabs" and the Arab mind" (Ghareeb pg. 160). 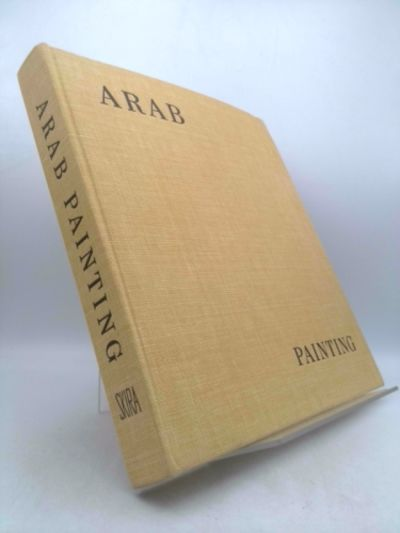 "The vital point is, however, not the ethnic connection, as we might think today, but that there existed a strong feeling among the Muslims of the Middle Ages, whatever their origin, a definite consciousness of belonging to a divinely ordained "Arab" civilization" (Ettinghausen pg. II). 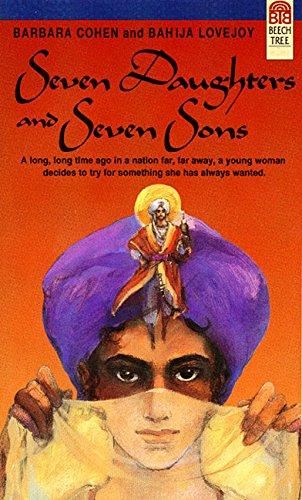 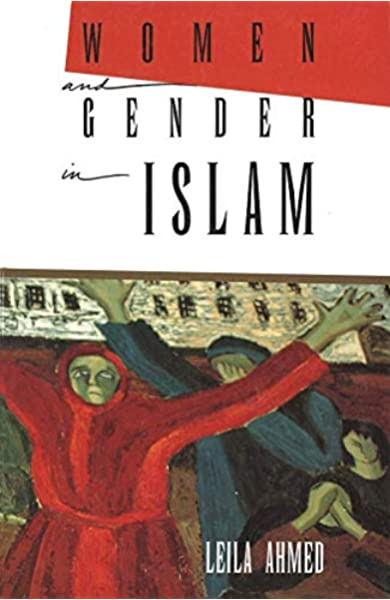 "This treatment exemplifies the status of research on women and gender in Islam, reflecting the absence of work attempting to conceptualize women's history and issues of gender in any Islamic society before the nineteenth century and also the progress that has been made in conceptualizing a framework of women's history with respect to more recent times" (Ahmed pg. 2). 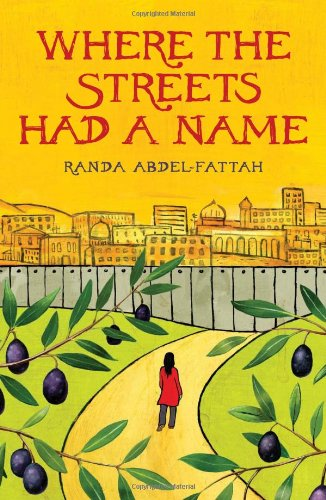 Thirteen year old Hayaat is on a mission. She believes a handful of soil from her grandmother's ancestral home in Jerusalem will save her beloved Sitti Zeynab's life. 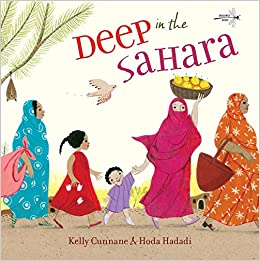 "Grandmother sits on a cushion to brew tea, her malafa the robe of ancient royalty. More than all the

mint leaves sold in the market, you want a malafa so you can be like a long-ago queen too" 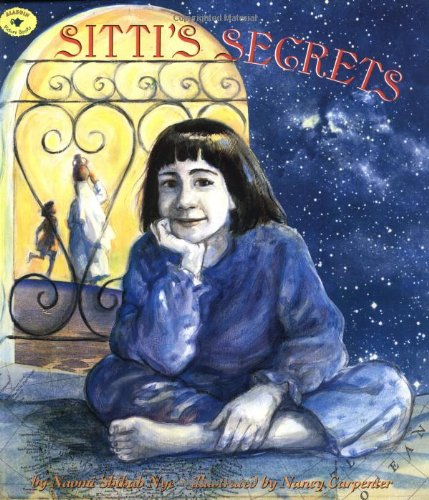 Mona's grandmother, Sitti, lives in a small village on the other side of the world. There are millions of people and millions of miles between Mona and Sitti. But once they meet and share their days, they remain true neighbors forever. 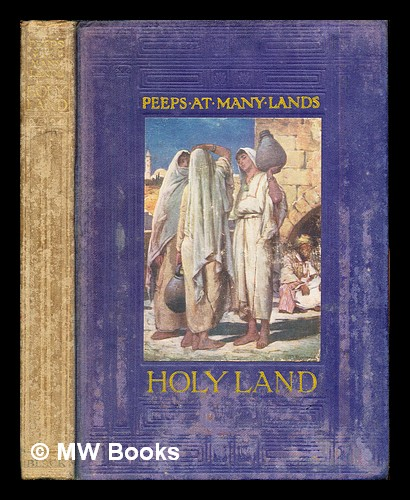 "Palestine has had many masters since the days of ancient Canaanites. It is a land easily invaded, for it lies in a central position among nations, and its roads are, and always have been, great highways to and from Europe, Asia, and Africa. Thus for thousands of years there has been a constant flow of manifold human life through the land, and each wave of invasion, whether of soldier or of peaceful trade, has left its mark upon the soil and upon the people '' (Finnemore pg. 2). 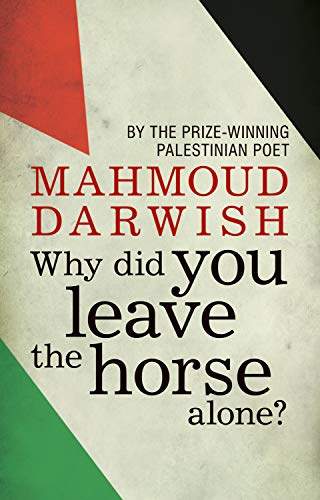 A stunning new translation of Mahmoud Darwish's intertwining poetic narrative, presenting a profound portrait of the Palestinian people, the human condition, and Darwish's own hopes and dreams. Since Mahmoud Darwish's death, his poetic writings continue to be read by an audience in awe. 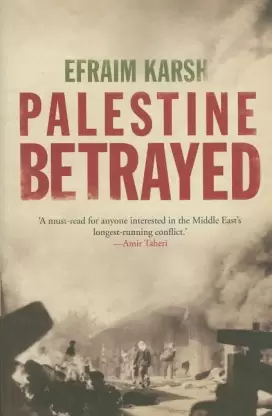 A searing account of the UN resolution to partition Palestine, and it's bloody aftermath. The 1947 UN

as well as a profound shattering of Palestinian Arab Society. 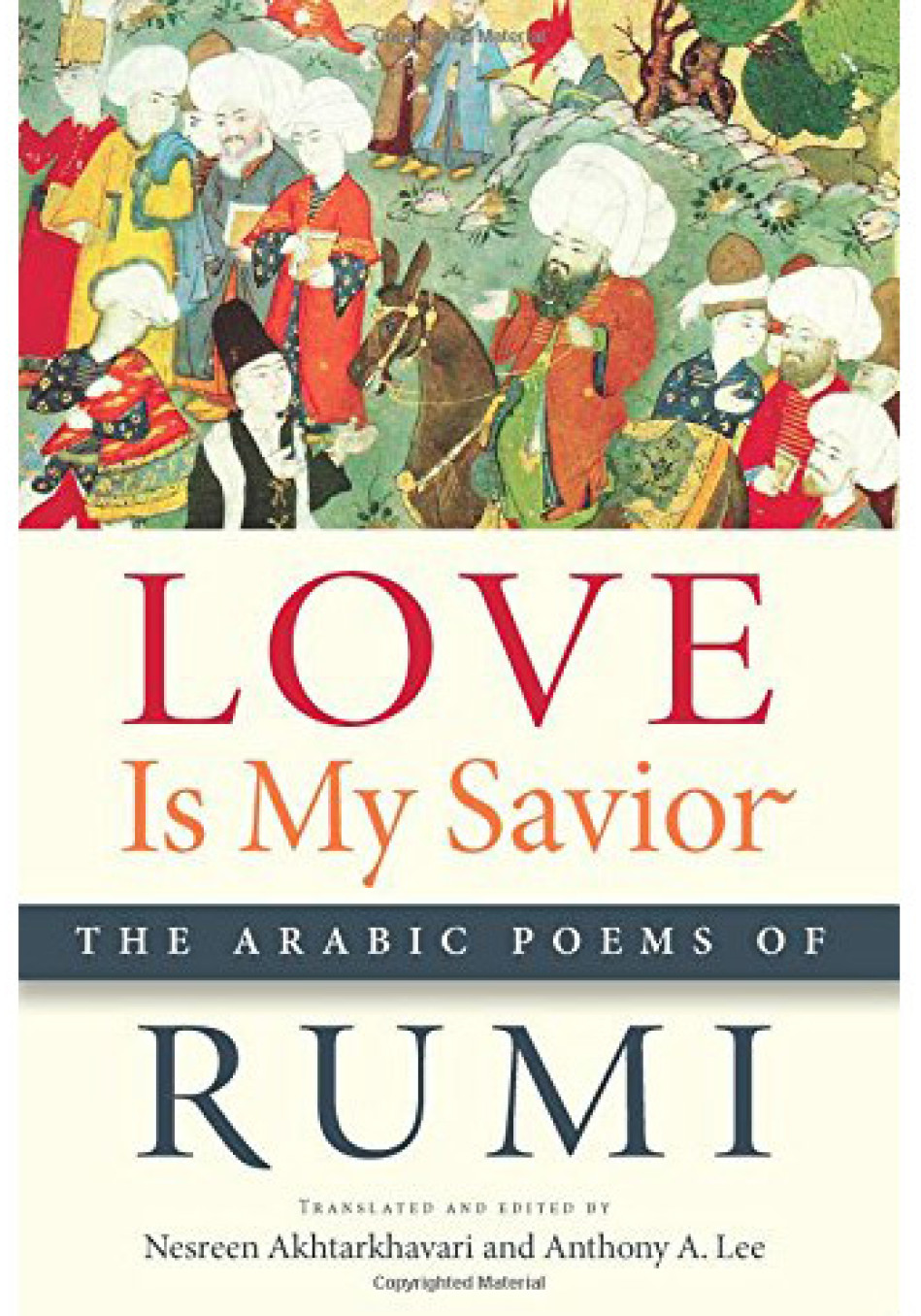 This new volume of Rumi's works, the first-ever English translation of his Arabic poems, will be exciting for the newcomer to Rumi's verses as well as to readers already familiar with his mystical philosophy. The poems take the reader on a journey of spiritual exploration, ecstatic union, cruel rejection, and mystic reconciliation.